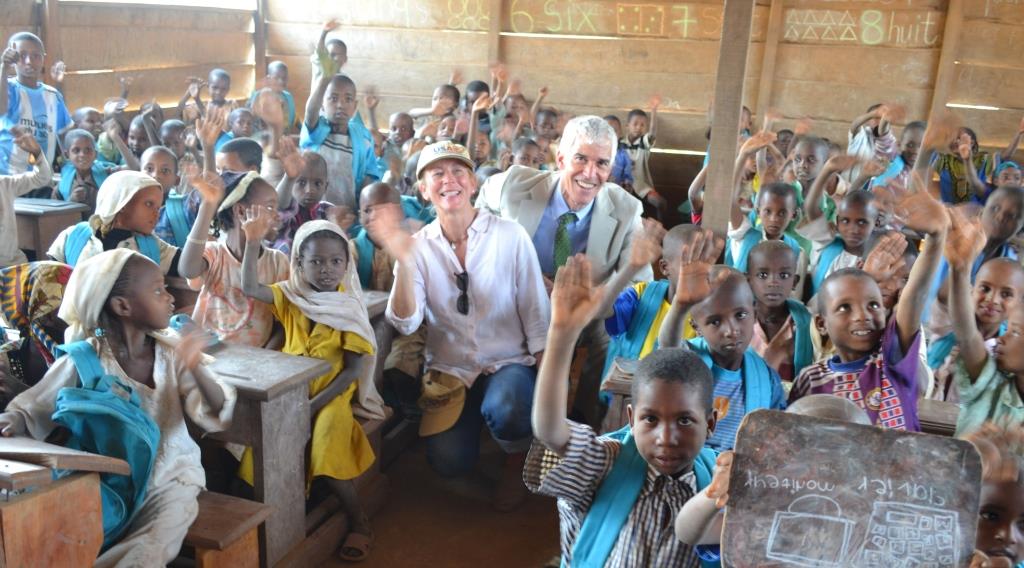 U.S. Ambassador Peter H. Barlerin traveled to the East region February 6-8. During his trip, he met with regional authorities and visited the Gado-Gadzere camp, which hosts approximately 25,000 Central African refugees. The ambassador also met with United States Peace Corps volunteers and visited two elementary schools for refugee children. In all of his meetings, the ambassador underscored the importance of peaceful coexistence between refugees and the communities that host them.  He also highlighted the need for sustained donor funding to address the lifesaving and long-term needs of vulnerable populations in the region.

Caption : Being with children in a classroom for refugee students puts smiles on the ambassador’s and his wife’s faces.