Emergency Alert Information for American Citizens
Visa Information Update
PreviousNext
COVID-19 Travel Guidance for U.S. Citizens
The CDC requires all air passengers entering the U.S. (including U.S. citizens and Lawful Permanent Residents) to present a negative COVID-19 test, taken within one day of departure or proof of recovery from the virus within the last 90 days.
Smart Traveler Enrollment Program
Enroll for Alerts
Emergency Assistance
Emergency Information and Contacts
Visit Travel.State.gov for More Information
New Guidance for Visa Pickup
Beginning May 18th 2022, All approved visas will be picked up from DHL Yaoundé Immeuble Stamatadas Building, Hypodrome/ Hotel de-Ville. There is no additional fee for this service.
Pick-up times
The applicant may pick up their visa at their convenience: Monday to Friday 08:00 – 17:00 or Saturday 09:00 – 14:00.
Contacts for Questions and Concerns
Please contact DHL at +237-233-500-900/01/02/03 or fae_contactus+cm+info+en@visaops.net with any question or concerns.
PreviousNext
Deputy Chief of Mission Mary E. Daschbach
By U.S. Embassy in Cameroon
3 MINUTE READ 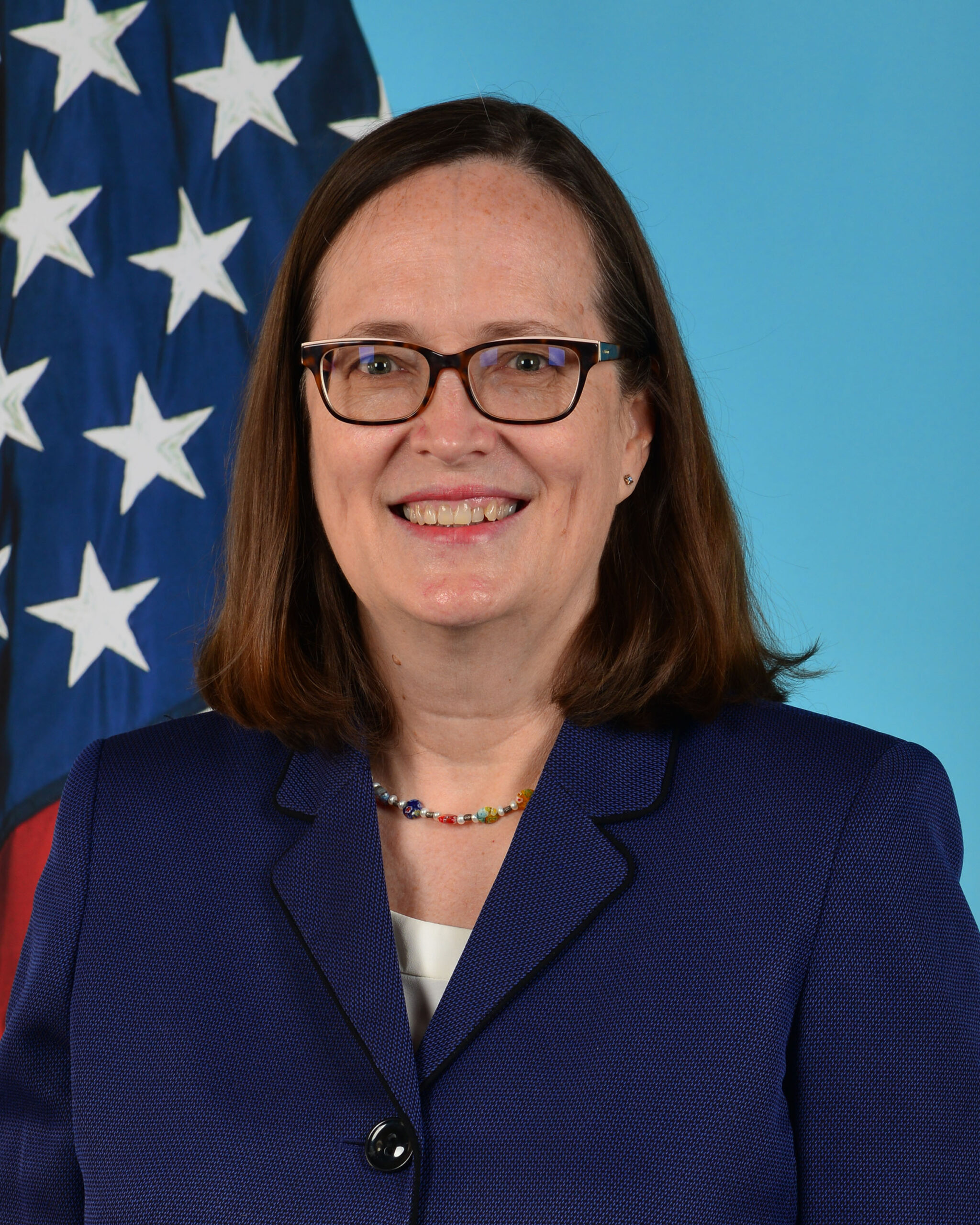 Mary Daschbach is the Deputy Chief of Mission to the U.S. Embassy in Cameroon.  Most recently she has served as the Senior POLAD to the Strategy, Engagement, and Programs Directorate (J5) at U.S. Africa Command in Stuttgart, Germany and Deputy Chief of Mission in the Republic of Congo.  Ms. Daschbach began her foreign service career in Ghana as the Information Officer, followed by assignments to the United Kingdom as a Consular Officer, Togo and Costa Rica as the Public Affairs Officer, and Washington as Desk Officer for Paraguay and Uruguay, and Director of the Southern and Central Asia Office in the bureau of International Information Programs.

Before joining the foreign service she was an Associate Peace Corps Country Director in the Republic of Benin.  She began her government service at the Department of Justice.  Prior to working for the U.S. government, Ms. Daschbach was employed by Associates for International Research, Inc., traveling to 45 countries to conduct cost of living research for Fortune 500 companies. She also taught French at the Cambridge School of Weston, MA and worked at Beacon Press.

Ms. Daschbach has a M.A. with distinction in National Security and Strategic Studies from the College of Naval Warfare and a B.A. in French from Yale University.  She is fluent in French and proficient in Spanish.  She is accompanied by her spouse and daughter.