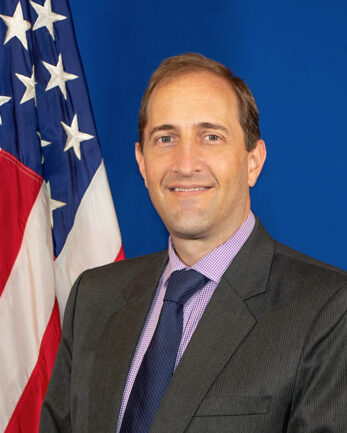 Matthew Miller has been serving in Management roles in the Department as a Foreign Service Generalist for twenty years, primarily in Africa, but also in Latin America, Canada, and Brunei.  Prior to becoming the Management Counselor in Yaoundé, Matt served as the Supervisory General Services Officer for the U.S. Embassy in Panama City, Panama.  Matt speaks French and Spanish.

Matt calls Cody, Wyoming home, has a degree in Mechanical Engineering from the University of Wyoming, and a Professional Engineering license.  After graduating, he served two years as a science and math teacher in the Northern Region of Ghana, where he met his wife – another Peace Corps Volunteer.  They raised their son (21) and daughter (18) in several countries around the world.  Both are now studying in U.S. universities.