Emergency Information for American Citizens
Visa Information Update
PreviousNext
Emergency Assistance
Local Emergency Information and Contacts
Alerts for U.S. Citizens
Read alerts for U.S. Citizens
Visit Travel.State.gov for More Information
New Guidance for Visa Pickup
Beginning May 18th 2022, All approved visas will be picked up from DHL Yaoundé Immeuble Stamatadas Building, Hypodrome/ Hotel de-Ville. There is no additional fee for this service.
Pick-up times
The applicant may pick up their visa at their convenience: Monday to Friday 08:00 – 17:00 or Saturday 09:00 – 14:00.
Contacts for Questions and Concerns
Please contact DHL at +237-233-500-900/01/02/03 or fae_contactus+cm+info+en@visaops.net with any question or concerns.
PreviousNext
Peace Corps Celebrates 60th Anniversary of Service in Cameroon
By U.S. Embassy in Cameroon
4 MINUTE READ 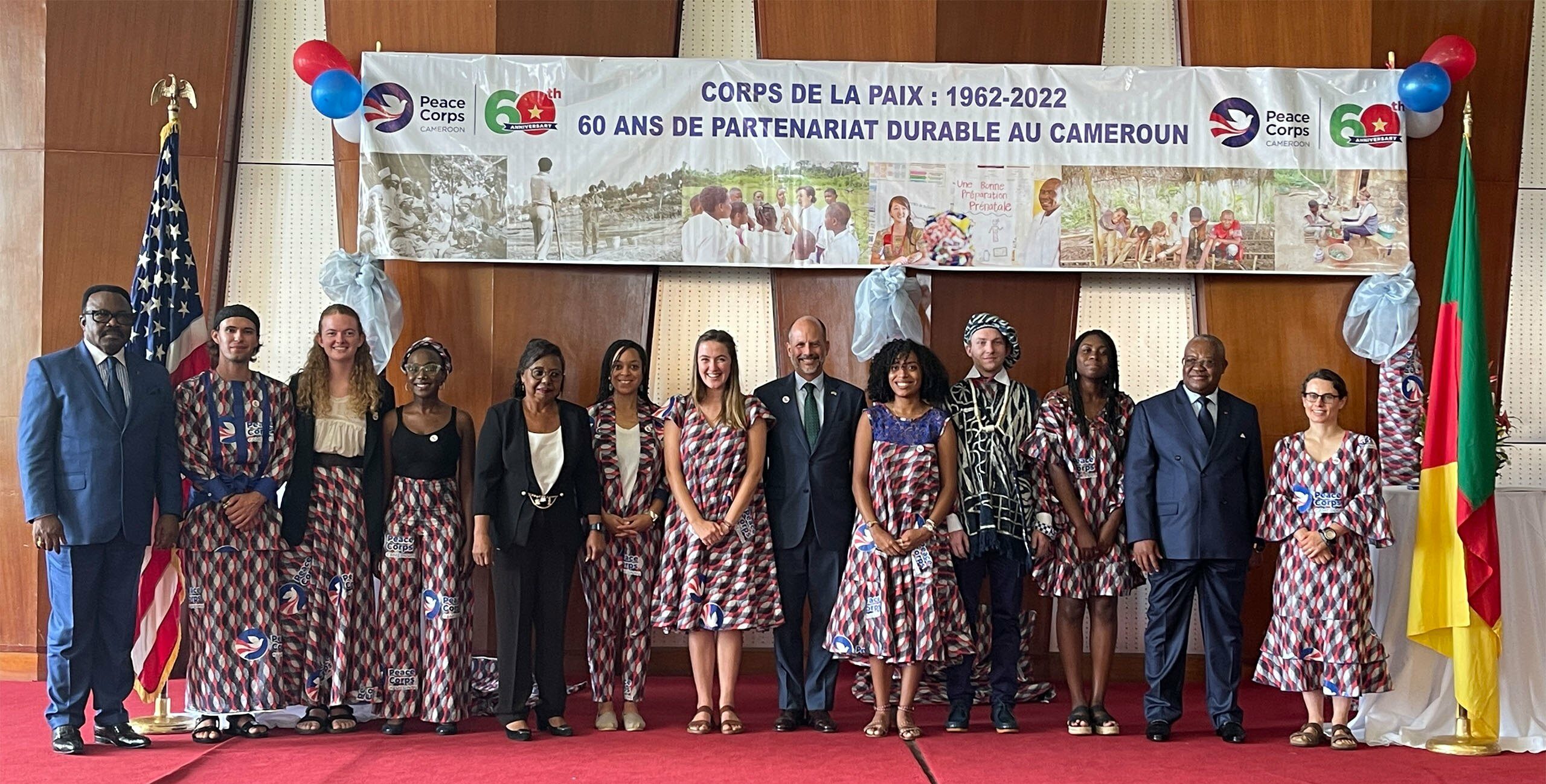 Yaoundé, Cameroon– On Friday, January 13, Peace Corps celebrated 60 years of service in Cameroon in a ceremony at the Palais des Congrès in Yaoundé with the U.S. Ambassador to Cameroon Christopher J. Lamora, and the Peace Corps Country Director Kristina Nicole Séne.  As part of the 60th anniversary commemoration, the Ministers of Public Service and Administrative Reform Joseph Le, Secondary Education Pauline Nalova Lyonga, and the Minister Delegate to the Minister of External Relations in charge of relations with Commonwealth Felix Mbayu launched a photograph exhibition of Peace Corps’ 60 years of partnership with the Government of Cameroon. 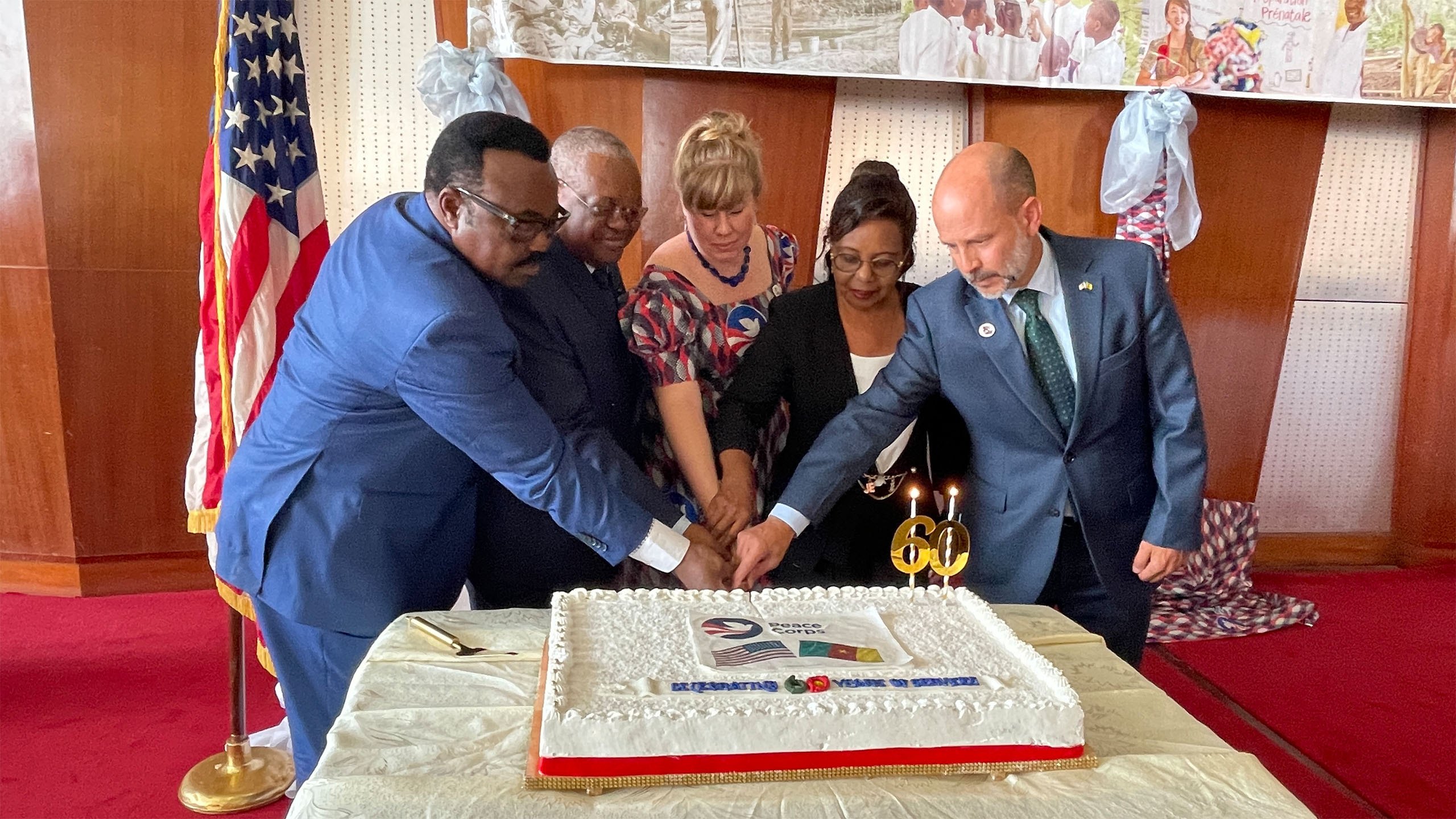 The event also marked the return of Volunteers to Cameroon after nearly two and a half years of absence due to the COVID-19 pandemic.  Ambassador Lamora administered the oath of service to nine new Peace Corps Volunteers, stating that “Peace Corps embodies the best of America:  Service to others in the pursuit of peace and development.  The work you do is so very important and demonstrates the ongoing spirit of cooperation between the Cameroonian and American peoples.”  Since arriving in late October, the new volunteers have attended an intensive eleven-week cultural, language, and vocational training before being sworn in.  Volunteers will work in health centers and with agricultural groups in the Center, Littoral, and South regions of Cameroon. 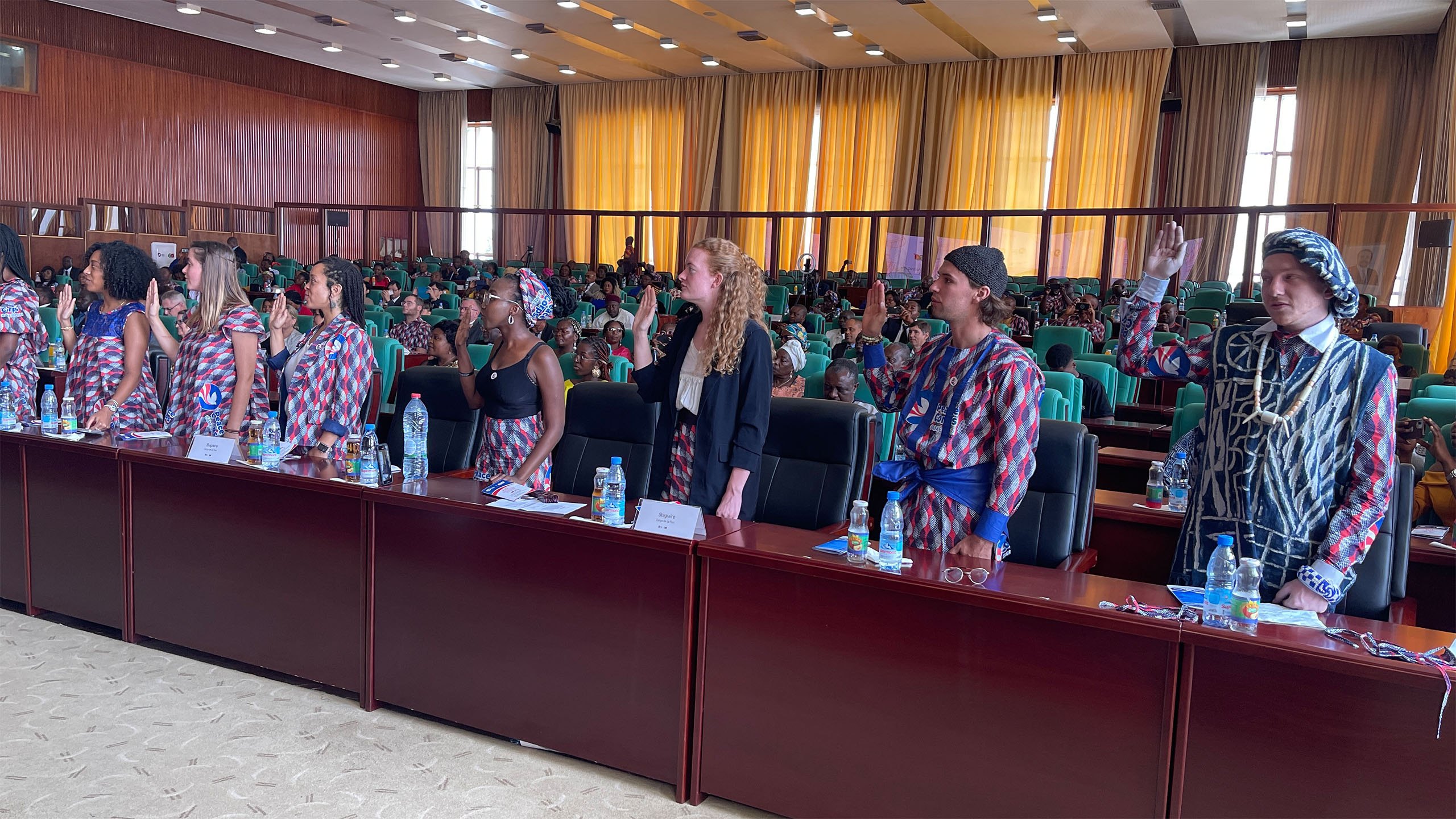 About the Peace Corps: The Peace Corps is an international service network of volunteers, community members, host country partners and staff who are driven by the agency’s mission of world peace and friendship.  At the invitation of governments around the world, Peace Corps Volunteers work alongside community members on locally prioritized projects.  Through service, members of the Peace Corps network develop transferable skills and hone intercultural competencies that position them to be the next generation of global leaders.  Since President John F. Kennedy established the Peace Corps in 1961, more than 240,000 Americans have served in 142 countries worldwide.