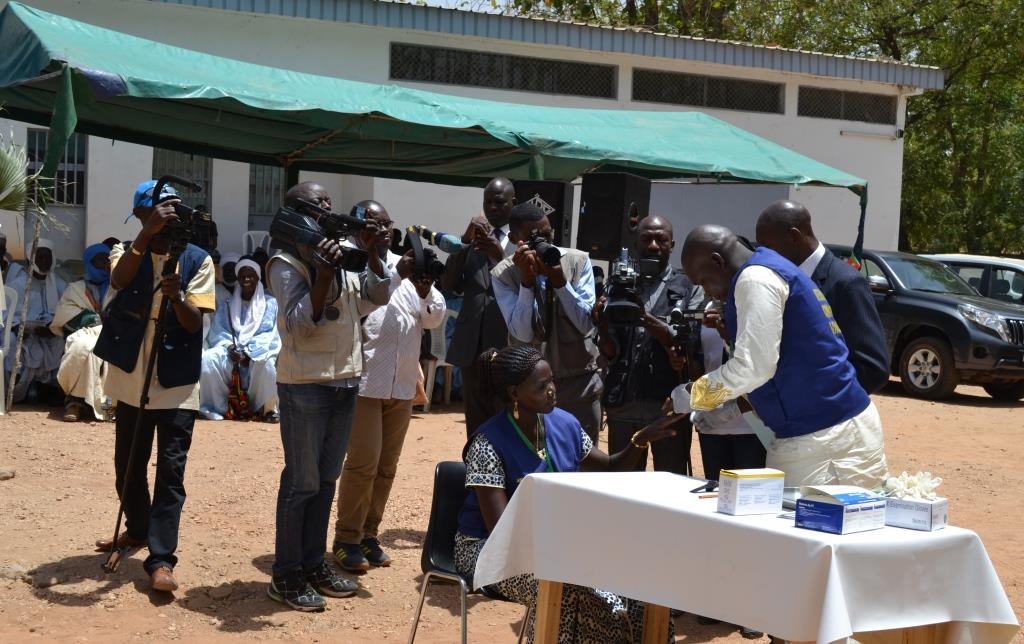 On March 14 in Garoua, Ambassador Barlerin and Cameroon’s Minister for Public Health launched the U.S. President’s Malaria Initiative (PMI), a 20 million USD program funded by the United States Government.  The Ambassador said that “In the next year alone, PMI will purchase approximately 256,000 insecticide treated nets and approximately 7.5 million doses of malaria prophylaxis to protect 1.7 million children under five living in the North and Far North.”  Sixty percent of Cameroon’s malaria-related deaths in children under five occur in the Far-North and North regions.  Bringing PMI here through our collaborative efforts with the Cameroonian health sector demonstrates the American people’s commitment to the people of Cameroon and to a healthier, more vibrant future for its children while helping end the suffering caused by this deadly disease.