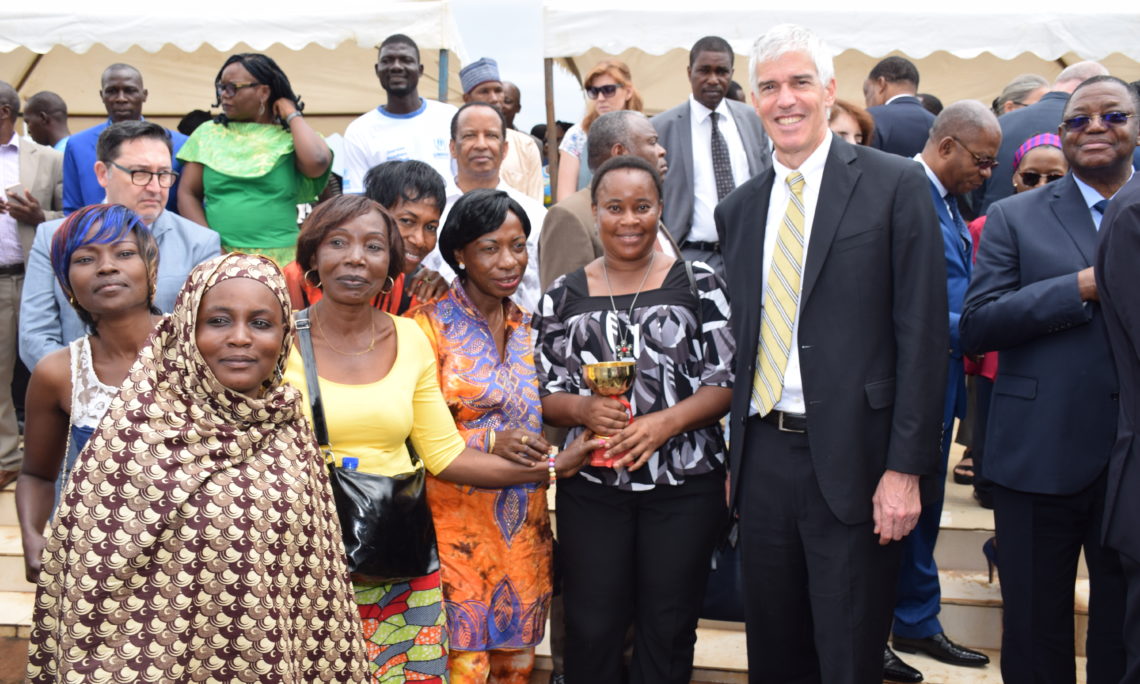 EMBASSY OF THE UNITED STATES OF AMERICA

On the occasion of United Nations Day, the U.S. Embassy in Cameroon welcomes the voluntary return of the first groups of Central African Republic refugees to their country of origin this week.  We congratulate the governments of the Republic of Cameroon and the Central African Republic as well as the UN High Commissioner for Refugees for their cooperation and goodwill.  We encourage continued adherence to humanitarian norms, particularly the voluntary return of refugees in safety and dignity, and according to the principles of the Tripartite Agreement of June 29, 2019.

The United States is the largest donor of humanitarian assistance in Cameroon, having contributed over $87 million since 2018 to humanitarian actors to provide food, water, shelter, and other services benefitting refugees and other vulnerable populations.  We encourage other countries to contribute more to the urgent needs of refugees and vulnerable populations in Cameroon in a way that supports progress toward stability, good governance, and self-reliance.

We recognize the hospitality of the government of the Republic of Cameroon and of the Cameroonian people in continuing to host more than 400,000 refugees from neighboring countries.  Protecting the rights of refugees and ensuring they have access to jobs and education for their children is fundamental.