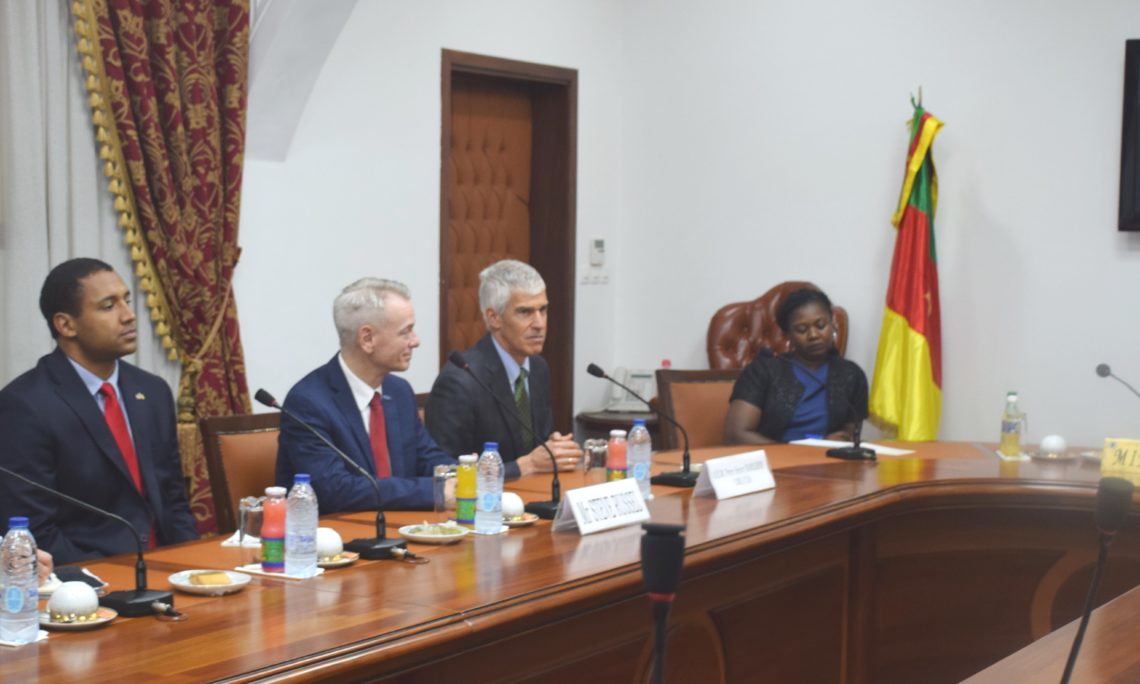 On February 19, Oklahoma’s 5th District Representative and Member of the U.S. Congress’s House Committee on Government Oversight and Reform and House Armed Services Committee Steve Russell visited Cameroon to meet with American armed forces personnel as well as Cameroonian military forces with whom they cooperate to hear firsthand about their joint efforts to make for a safe and more stable Africa.  He also met with the Minister of Defense and the Minister of External Relations, during which he discussed areas of mutual interest, such as fighting Boko Haram and the Islamic State and deepening regional cooperation with Cameroon’s Lake Chad Basin partners.  Congressman Russell also stressed the importance of protecting civilian populations from harm while simultaneously respecting everyone’s human rights.  He noted that U.S.-Cameroon relations are strong, and remarked on the broad range of our bilateral cooperation, including areas of health, humanitarian assistance, security, human rights, and democracy.  The U.S. Congress, comprised of the House of Representatives and the Senate, is a co-equal branch of the U.S. government that shares power with the Executive and Judicial branches.