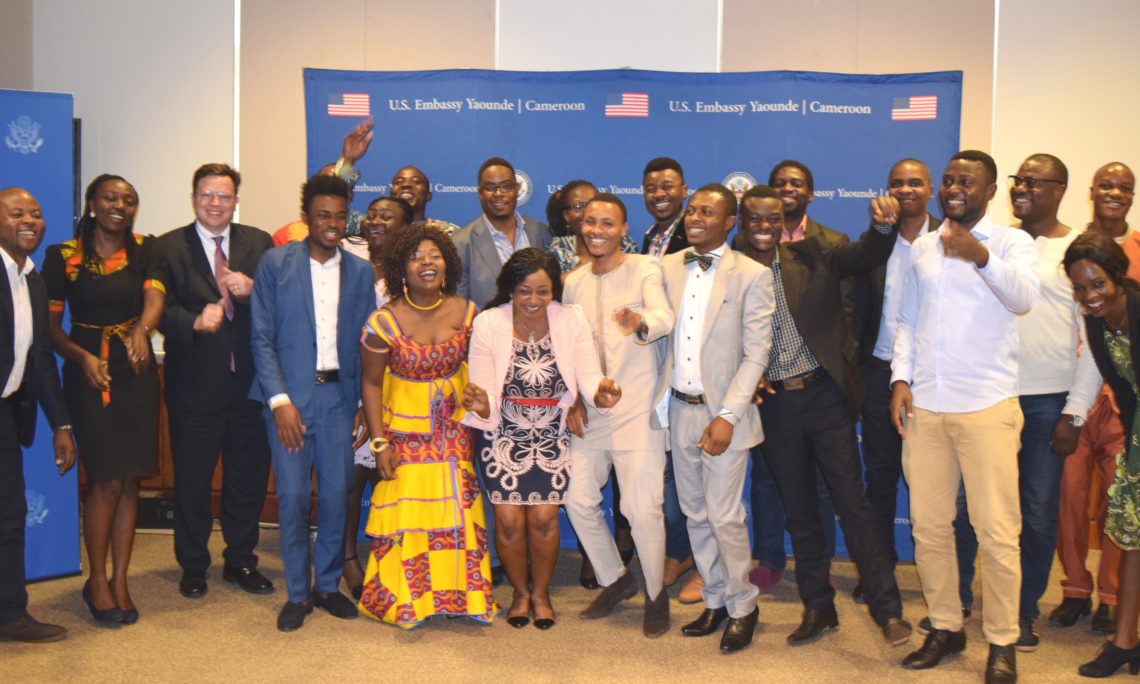 On Thursday January 11, 2018, the US Embassy partnered with the Mandela Washington Fellows Cameroon Association to host a youth symposium in commemoration Martin Luther King, Jr. (MLK) Day on the theme “Dare to Dream & Love to Act.” In his remarks Public Affairs Officer Lee McManis talked about the nonviolence ideals of Martin Luther King, for which MLK said he was inspired and influenced by Mahatma Gandhi. He also called on the youth to be agents and leaders of “positive change”. Guest Speakers included Elvis NDANSI (YALI 2016), Jean Marc MBAFOR (YALI 2014) and Dr Lilian Ngwongem Ngwana epse Banmi (YALI 2016).