Emergency Information for American Citizens
Visa Information Update
PreviousNext
Emergency Assistance
Local Emergency Information and Contacts
Alerts for U.S. Citizens
Read alerts for U.S. Citizens
Visit Travel.State.gov for More Information
New Guidance for Visa Pickup
Beginning May 18th 2022, All approved visas will be picked up from DHL Yaoundé Immeuble Stamatadas Building, Hypodrome/ Hotel de-Ville. There is no additional fee for this service.
Pick-up times
The applicant may pick up their visa at their convenience: Monday to Friday 08:00 – 17:00 or Saturday 09:00 – 14:00.
Contacts for Questions and Concerns
Please contact DHL at +237-233-500-900/01/02/03 or fae_contactus+cm+info+en@visaops.net with any question or concerns.
PreviousNext
U.S. Embassy Opens New Cultural and Educational Center in Douala
By U.S. Embassy in Cameroon
3 MINUTE READ 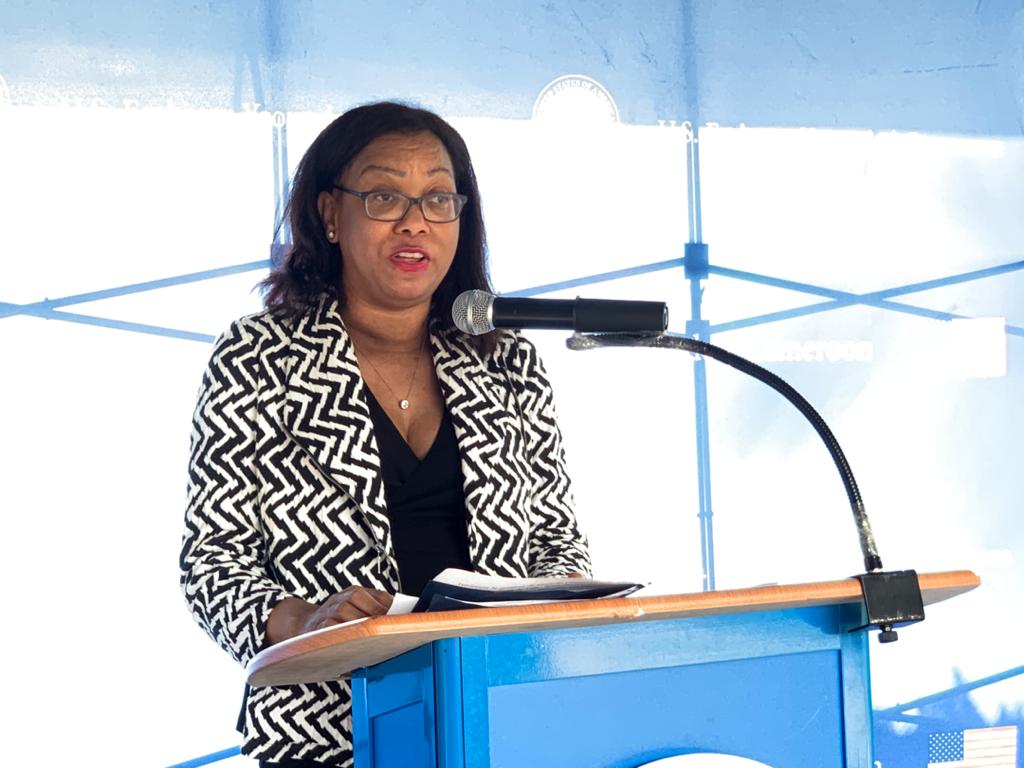 The U.S. Embassy, in partnership with the Douala Linguistic Center, has opened American Shelf Douala, a cultural and educational center to connect residents of the city to American resources and opportunities.  Chargé d’Affaires, a.i. Vernelle Trim FitzPatrick cut the ribbon on this new space on March 23, 2021, during the official inauguration event at the Douala Linguistic Center.

During the ribbon-cutting ceremony, Chargé d’Affaires, a.i. FitzPatrick reiterated the purpose and importance of the newly inaugurated space, saying, “The American Shelf is place for learning and gathering and finding opportunities for cross-cultural understanding.  And it celebrates something that has endured for decades – the partnership between the United States and Cameroon, and the friendship between our peoples.”

The U.S. Embassy partnered with Douala Linguistic Center, a well-established English language learning institution, to launch the American Shelf as a place for innovation, learning, networking, and information sharing.  The space provides magazines, books, and computers with free internet access and online databases that include access to global newspapers and U.S. films.  Patrons are invited to participate in online programs, often featuring U.S. diplomats or Cameroonian alumni of U.S. government sponsored exchange programs, on topics such as entrepreneurship, media literacy, and science and technology education for women and girls.  American Shelf Douala is open to the public Monday to Thursday from 8:00 a.m. to 8:00 p.m. and Fridays from 8:00 a.m. to 6:00 p.m.

American Shelf Douala is part of a tradition of hundreds of American Spaces located around the world providing inviting gathering spaces free of cost that promote interaction among local communities and the United States.  They offer information about the United States, including U.S. higher education and exchange program opportunities, in addition to fostering life-long learning.