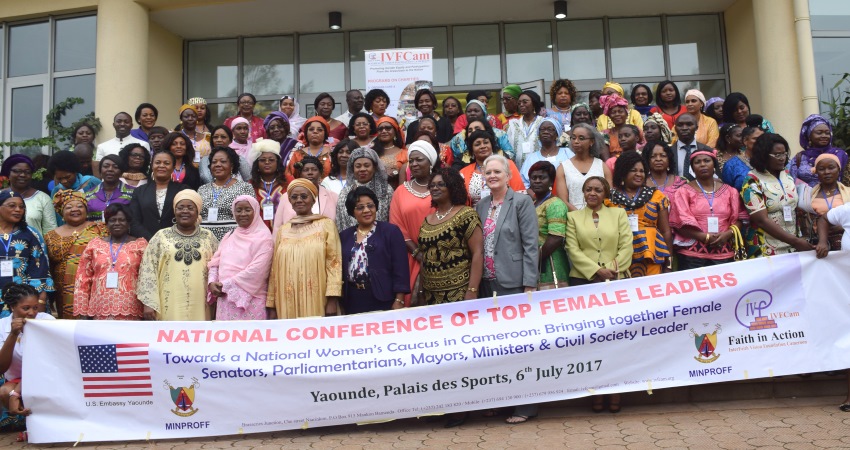 The United States Partners with Cameroon for Women’s Empowerment

In her presentation, Professor Wing identified common barriers to women’s political participation and outlined the “Women’s Empowerment Framework.” Speaking on behalf of the Ambassador of the United States, Political Economic Chief Sara Devlin told the audience that “countries that give women the opportunity to contribute fully to society and the economy are wealthier, healthier, and more stable.” Minister Abena Ondoua presented the various steps taken by the Government of Cameroon to ensure that women have their place at the decision-making table.

At the end of the day-long deliberations, participants decided to launch a National Women’s Caucus, and elected Mayor Celestine Ketcha Courtes of Bangante to spearhead the effort.

The Yaounde conference was the culmination of three regional events organized by the InterFaith Vision Foundation Cameroon (IVF-Cam) in 2016 thanks to a funding from the U.S. Department of State through the Secretary’s Full Participation Fund.