Emergency Information for American Citizens
Visa Information Update
PreviousNext
Expired Passport Information
After June 30, 2022, U.S. citizens who are overseas and planning to return to the United States will no longer be able to use an expired U.S. passport to enter the United States.
COVID Testing Requirements
Air travelers to the United States no longer need to show proof of a negative COVID-19 test for entry.
Alerts for U.S. Citizens
Read alerts for U.S. Citizens
Emergency Assistance
Local Emergency Information and Contacts
Visit Travel.State.gov for More Information
New Guidance for Visa Pickup
Beginning May 18th 2022, All approved visas will be picked up from DHL Yaoundé Immeuble Stamatadas Building, Hypodrome/ Hotel de-Ville. There is no additional fee for this service.
Pick-up times
The applicant may pick up their visa at their convenience: Monday to Friday 08:00 – 17:00 or Saturday 09:00 – 14:00.
Contacts for Questions and Concerns
Please contact DHL at +237-233-500-900/01/02/03 or fae_contactus+cm+info+en@visaops.net with any question or concerns.
PreviousNext
United States Recognizes World Malaria Day and Encourages all Partners to Fight for What Counts
to Fight for What Counts to Meet the Target of Eliminating Malaria in Cameroon
By U.S. Embassy in Cameroon
4 MINUTE READ

YAOUNDÉ, April 25, 2022. The United States is honored to join the Government of the Republic of Cameroon and the global community in commemorating World Malaria Day 2022.  Leading the U.S. government’s malaria response initiatives in Cameroon through the U.S. President’s Malaria Initiative (PMI) implemented by the U.S. Agency for International Development (USAID) and the Centers for Disease Control and Prevention (CDC), the U.S Ambassador hosted a high-level advocacy event at his residence in Yaounde on April 21.  The goal of the event was to mobilize international resources and promote civil society and private sector engagement in support of the fight against malaria in Cameroon.  Attendees included several representatives of the Cameroonian government, the Permanent Secretary of the National Malaria Control Program, Global Fund officials, and members of the diplomatic corps, civil society, and private sector, including the CEO of telecommunication company IHS Tower International. 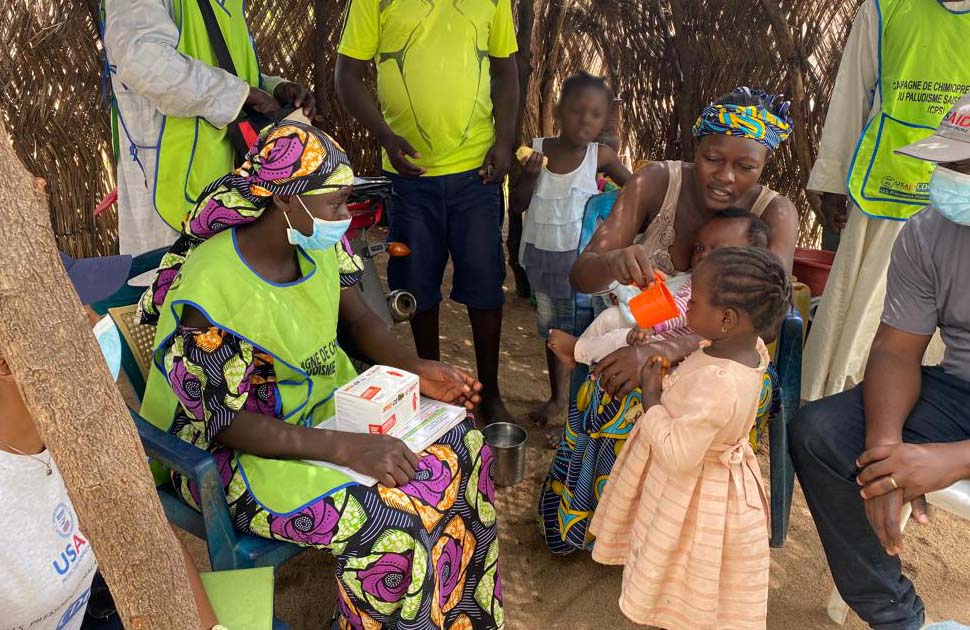 In his remarks, the Cameroon Minister of Labor, Mr. Gregoire Owona, said that there is urgent need to fight for what counts, emphasizing that malaria is an endemic disease in Cameroon and the main reason for absenteeism at the workplace.  Ambassador Lamora commended the government of Cameroon for elevating the fight against malaria and for making it a priority in the country’s Health Sector Strategy (2016-2027).  He noted that PMI has been a proud partner of Cameroon since 2017, helping to decrease child death rates by 35 percent through investments in malaria of approximately $111 million (66 billion FCFA). He also announced that President Joe Biden intends to pledge $6 billion over three years for the Global Fund’s Seventh Replenishment.

The event also included the signing ceremony of a public/private partnership between the President’s Malaria Initiative (PMI), represented by USAID Country Representative, Paul Richardson, and Mr. Abdallah Chammas, CEO of IHS Tower.  Prior to signing, Mr. Abdallah Chammas declared that “as part of our social responsibility, we are working with PMI in Cameroon to provide educational materials to help raise community awareness on malaria prevention and treatment in the Northern regions of the country and we encourage other private companies to join us in fighting for what counts and help eradicate malaria in Cameroon.”

The U.S. Government will continue to strengthen partnership with the Government of Cameroon, international organizations, civil society, and the private sector for the fight against malaria in Cameroon.